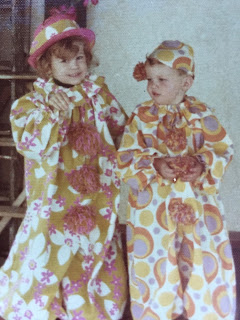 my sister and brother in the early 70s

Oh, Halloween. Long gone are the days of yore, when you could snag a plastic-bag costume off the shelf at Gold Circle and wander the neighborhood after dark, filling a pillowcase with Mallowbars and home-made cookies. A $4.99 investment yielded a ransom of sugar and food coloring.

Who am I kidding. My mom never let us get those plastic bag costumes. I can actually remember her shaking her head as she watched neighbor kids walk down the street dressed as the cartoon character of the season. She would sigh and look at us, as if to say 'see, children, that's what you get when your mother plays too much tennis.'  My mom did not mess around with the store-bought costume. We went as clowns. Every year. My mother made super-elaborate homemade clown costumes and we (in the days before the killer clown) wore them for years. Puffy legs and arms were stuffed with newspaper that left black marks on our skin. The rick-rack edged collars and tall, pointy hats were embellished with handmade pompoms. The costume was always adorable, especially as there were three of us, stair-stepped in height like a clown troop from the world's cutest circus. The taller we got, the less newspaper she stuffed into the costumes to puff them out.

I do remember putting my foot down at one point and INSISTING that I was not going to be a clown. No how, no way. I wanted to be something pretty. Something that involved a fancy dress, or at least a wig and lipstick. We came up with the politically correct Gypsy Woman/Spanish Princess/Royal Person costume, which I wore in some variation for about five more years. It involved (always) a long fancy skirt, a shawl, an adult-boutique-worthy black lace eye mask and a lace fan. Also, since I grew up in Ohio, my winter coat was probably under there somewhere. Fancy.

After I refused to clown around, my siblings also got on the special costumes boat. In the subsequent years my mom created a Henson Studios-worthy Miss Piggy, a medieval princess (which involved me ruining a beautiful sheer dress with a puffy winter coat because of snow on Halloween) and even an Elvis Presley costume for our family dog. She's even made costumes and costume parts for her grandchildren. I do remember her sighing about new clown costumes a few years back, when my girls were toddlers, but I gently told her no.

Here in North Carolina we are lucky that Halloween eve can often be balmy. I've walked the dark streets after princesses, vampires and black cats in my shirtsleeves. My daughters' costumes have not needed long velvet capes or custom fur coats, but if they did, I'm pretty sure that Grandma would oblige.

If you don't have a Grandma to chain to the sewing machine, you should join me on Thursday night at Craft Habit Raleigh. I'll be there, with a box of mis-fit supplies and parts, trying to figure out what I can be this Halloween. The Costume Jam details are right here. 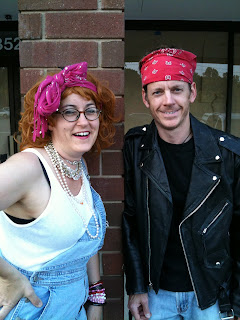 hubby and I as 80s Icons


the above was excerpted from my personal newsletter, irregularly sent out to a select group of readers...subscribe here

Do you have something else to add? 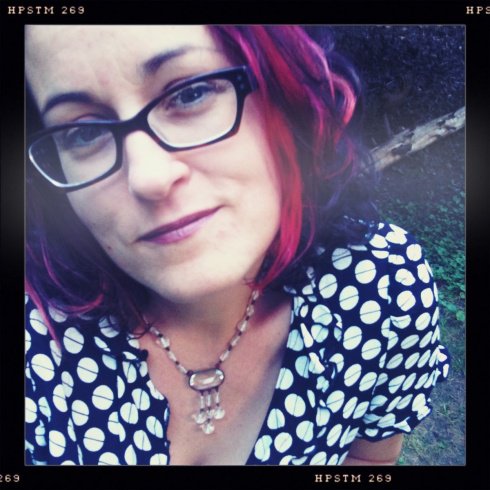 Shiny Little Things is a blog about mixed media crafts, jewelry making and all the things that a creative mind can find distracting.
It is authored by Cynthia Deis, founder of Ornamentea and co-founder of Pop-Up Raleigh Vintage Market. The web store is now run out of Chicago, and can be found here. The Pop-Up Market details can be found here. 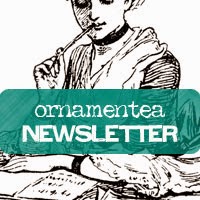 tell them where your heart resides 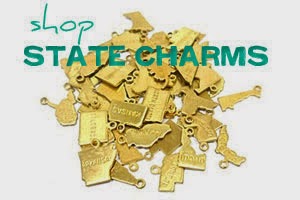 Read what other folks say about us...

Hello, I am Cynthia, the author of this blog. I am the Creative Director of Ornamentea.com, your favorite place for beads and jewelry findings on the web. I write about jewelry and crafts using tools and ingredients from around the world and (when possible) I tell you where you can find them, too. Sometimes I post links from the blogs of friends and folks-I'd-like-as-friends. I may be paid by some of these folks to try out their materials or products, but I don't share links to things I don't think are a good addition to your home studio. Additionally, I write about crafty business, or chickens, or even things to do and see here in Raleigh, NC, where I live. I always try very hard to put the correct link to a project or event here on this blog, but tell me if I get if wrong.

Please don't take posts or images from my blog or websites and use them without linking back to the correct page. Please do share my ideas with your family, friends and the whole crafty world WITH lots of linking-back. I like that.